The Jefferson Hotel on the corner of 16th and M Streets, NW, four blocks from the White House reopened its doors in 2009 after a long renovation and revitalization. The transformation was significant to date. The hotel has catered to Washington’s elite – US Presidents, power brokers, foreign diplomats, dignitaries, and international celebrities. The Architectural firm of ForrestPerkins was engaged to revitalize this Grande old hotel and collaborated with Gaithersburg Architectural Millwork and Sigal Construction to implement their vision. The goal of the renovation was to preserve and renew the hotel’s reputation for excellence and understated luxury, while paying attention to every detail. Gaithersburg Architectural Millwork installed a variety of paint and stain grade millwork throughout the basement and first floor of the hotel. Their work included wall panels with silk inset panels and hidden doors to the meeting rooms, Mahogany casework, wall panels, shelving and concealed shutters in the library, and historic heart Pine wall panels and casework in the Private Dining Room. Renovation of this structure with existing walls and slabs that were out of square and level, along with numerous ceiling conflicts and obstructions, created challenges that required rework of the millwork details to create a cohesive structure. Elegance and Historic from the Library to the Lobby describes the depth of detail that was achieved by the Gaithersburg Architectural Millwork teamwork in collaboration with ForrestPerkins. The Jefferson Hotel project was the recipient of AWI’s Standard of Excellence Project of the Year and was featured in the Design Solutions Magazine. This revitalization was also awarded the WBC Craftsmanship and WBC’s Star Award for Visual Excellence. 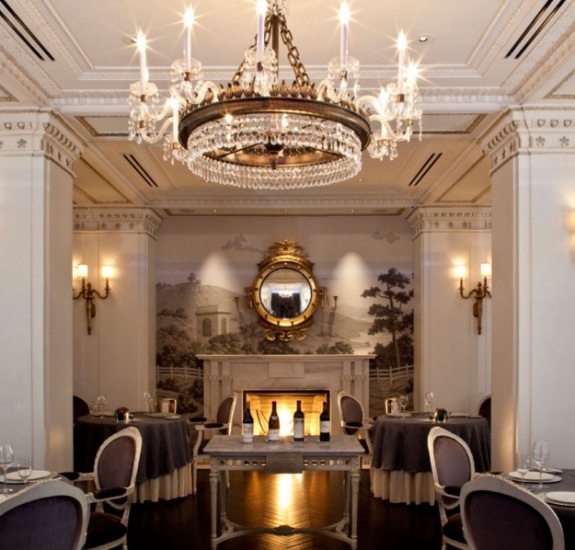 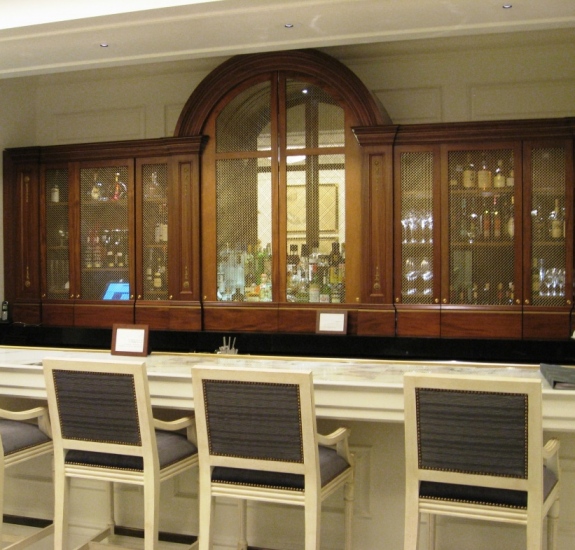 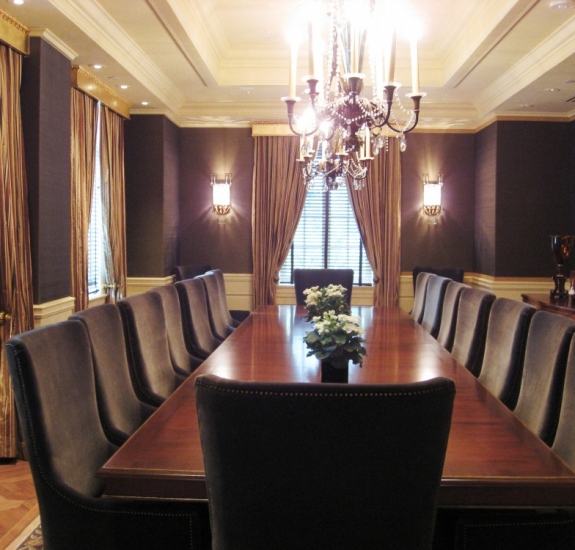 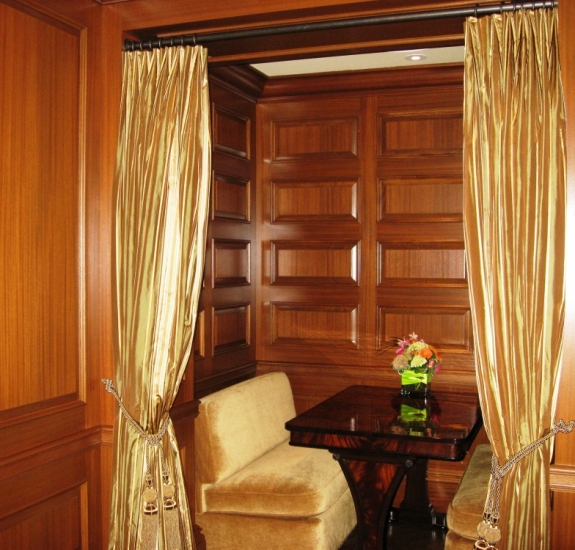 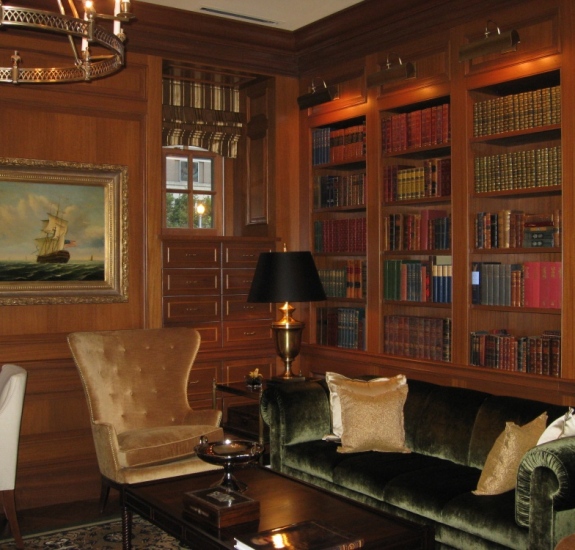 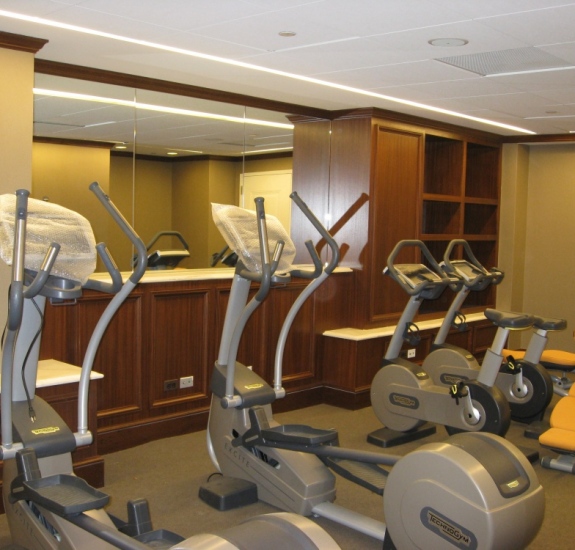 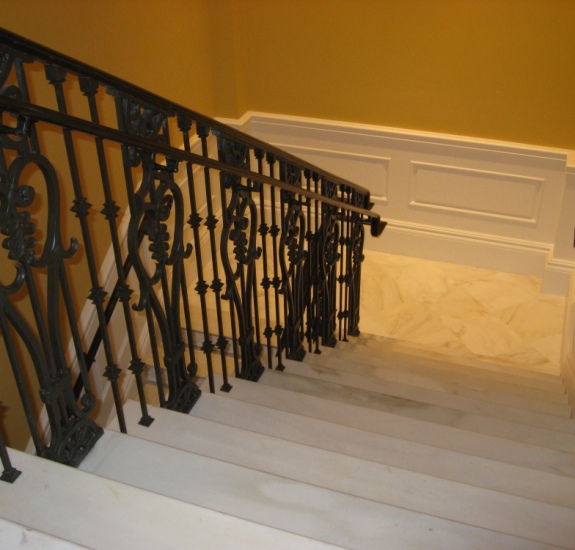 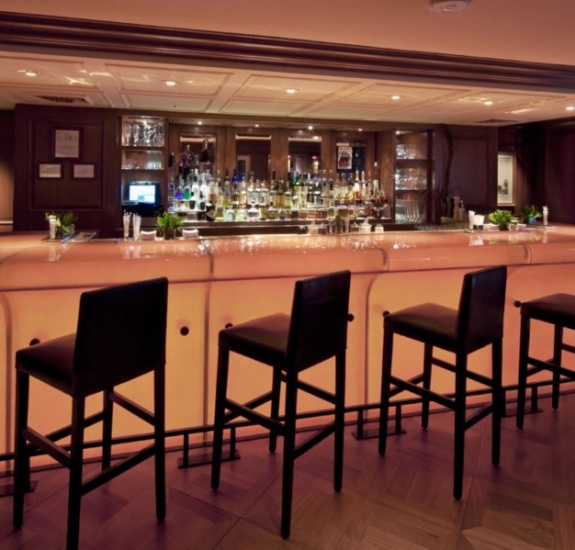