Brian is one of our longest-tenured team members. He joined Gaithersburg Architectural Millwork in 1984 at our first offices in Frederick, Maryland as a cabinet maker and installer. Brian grew up in Korea where he served in the military and was selected for the Korean CIA as a computer Programmer/Codebreaker. He immigrated to the United States in 1981 from Korea to Oregon. Although Brian was new to the United States and our culture he settled in very quickly and started to work. He held several jobs and eventually moved to Frederick, Maryland.  This is where Brian met our founder Steve Smith and he decided to join our organization. In 1990 Brian started his own business Kimco Wood and became a sub-contractor supplying product to Gaithersburg Architectural Millwork. In 2000 Brian decided to rejoin the company and has worn many hats as Project Manager, install manager, drafting manager, and is currently a Senior Estimator for a few more days.

As they say, all good things must come to an end and Brian has decided it’s time for him to retire. Brian will now spend his time vacationing in Florida, volunteering at Florida State Parks and National Parks, being a full-time Grandpa to his brand-new granddaughter and his five other grandchildren. In Spring 2022, Brian will embark on his Route 66/Trans- Canada Highway tour through the US and Canada in his new Camper.

When we asked Brian to tell us a little about the relationships, he developed during his 37 years with Gaithersburg Architectural Millwork he said affectionately, Steve Smith and I have been friends longer than anyone else I know except my wife and daughter. We have trusted each other and built a lifelong friendship. He added that Kirk Vetter and Jeff Schrock, principals at GAM were good friends and great bosses. Joey Cabanban is like a brother to him, Carolyn Fletcher, Wade Sampsell, Roger Parker, Chuck Hill, and Tom Hohman who have been a part of his life for the better part of his employment with GAM will forever be his family. For all those he has met and still works with at GAM he says he will miss us all.

The one thing we, the GAM Family will miss the most about Brian is his smile. He can light up a room with his warmth and friendliness. Brian’s contributions to GAM throughout the years will last long after he has retired, and we hope that when he isn’t fishing or on that grand tour of North America he will remember to stop by and visit with his GAM Family. 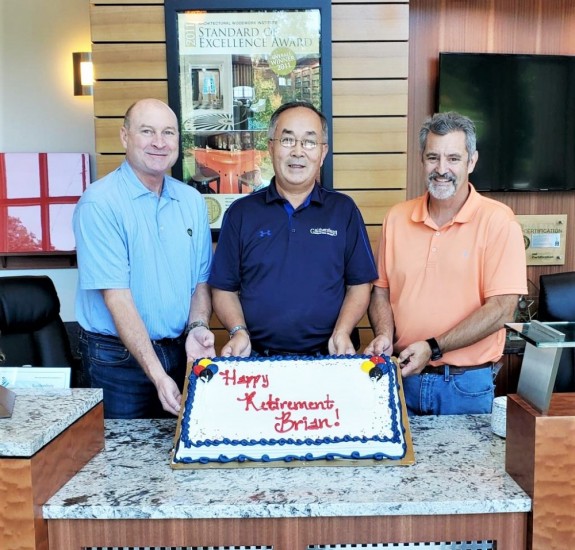 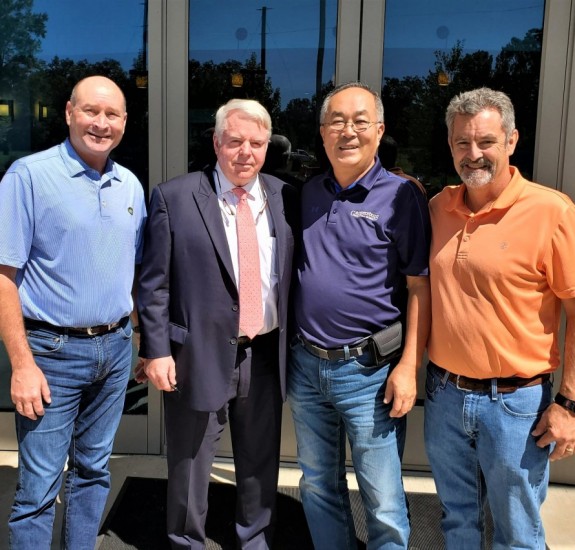 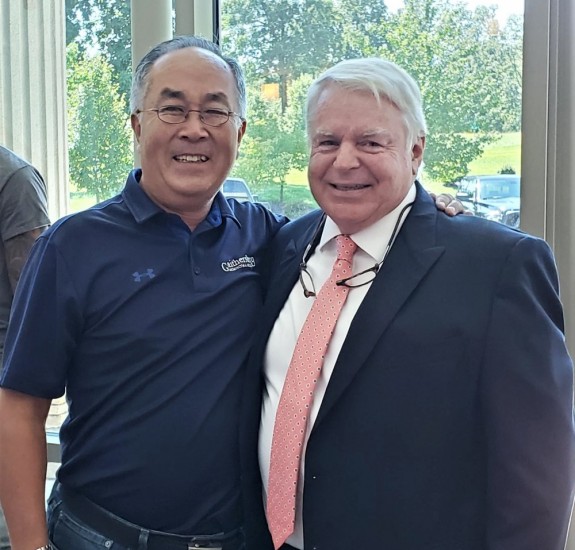 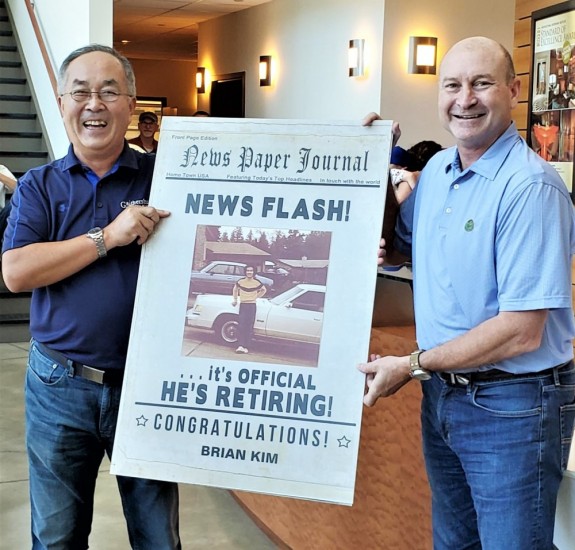 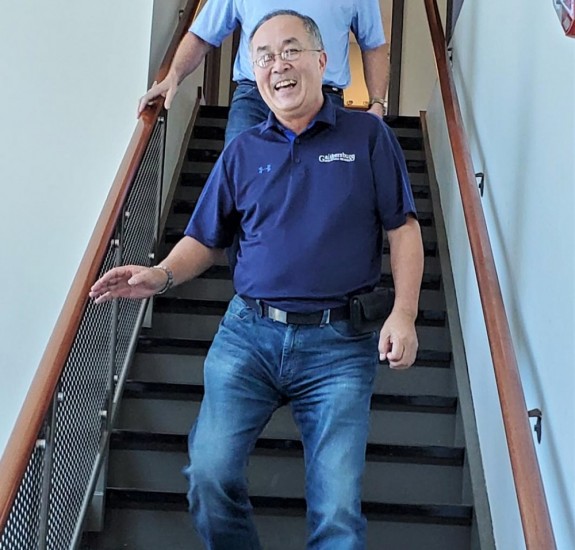